Don’t be fooled by Monsanto ads 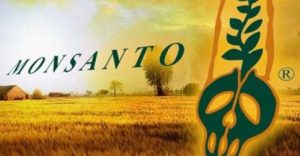 Monsanto is the largest producer of genetically engineered (GE) seeds on the planet. They’re the world’s leading producer of Roundup, an herbicide with the active ingredient glyphosate (highly toxic). Roundup kills everything except the genetically engineered crops. With a workforce of approximately 22,000, Monsanto is also one of the most controversial corporations in the world, due to its production of rBGH (bovine growth hormone), Agent Orange, aspartame, PCBs, and the company’s highly litigious nature. I can go on and on about them with more shameful facts, but you get the idea.

Remember those ridiculous high fructose corn syrup commercials? Those public relations ads were from the Corn Refiner’s Association where the “stupid” parent raises a concern and the “smart” parent says, “What? That it’s made from corn, that it’s natural and like sugar, it’s fine in moderation?”  Totally ridiculous and very much untrue.

Well, Monsanto apparently wants you to forget over one hundred years of genocidal history. In their recent commercials they want you to be a part of the “conversation” during their global takeover of food. They’re beautiful commercials of family’s gathering around the table for food with shots of farmers tending to their crops.  Instead of me linking to the absurd videos that are a complete waste of time, I’d rather you check out the page where you can be a part of the conversation and see what people are saying. My favorites are:

“How do you sleep at night?”

“Why don’t we ever hear anything positive about GMOs?”

“If you have nothing to hide, why do you continue to spend millions of dollar to prevent GMO labeling?”

“Why doesn’t monsanto just focus on organic solutions? if their concerned about their reputation.”

“Why has Monsanto spent $2.5 million to defeat GMO labelling in Oregon?”

“Did you start this campaign because you are feeling the pressure of being the most hated company in the whole world?”

Rumor has it that employees of Monsanto refuse to eat GM food or feed it to their family. Monsanto is very powerful and clearly evil. Now more than ever is when we need to vote with our dollars when grocery shopping. Avoid genetically modified foods at all costs (which include soy, corn, canola, cotton, and sugar beets (in other words, sugar)). If you’re interested in more information, check out Seeds of Deception and the film Genetic Roulette.