Recent articles have been circulating throughout mom-groups that I’m a part of on social media regarding glyphosate being present in cereals. While I love any information shining light on the topic of GMOs (Genetically Modified Organisms), this actually has me quite concerned. Picking up a box of cereal and simply reading the ingredients should be enough to know that it’s genetically modified. But the way that parents are freaking out about this online has me wondering…are they reading product ingredients and actually understanding what’s in them? Apparently not.

That’s why I want to briefly fill you in on what foods/ingredients are genetically modified so that you will be empowered the next time you pick up a package and read the ingredient list (which I always encourage you to do, whether it be food for yourself or your child). Notice how these are not just the crops that we’re being fed, but also the feed that animals are being fed, that we’re then consuming. We are what we eat! 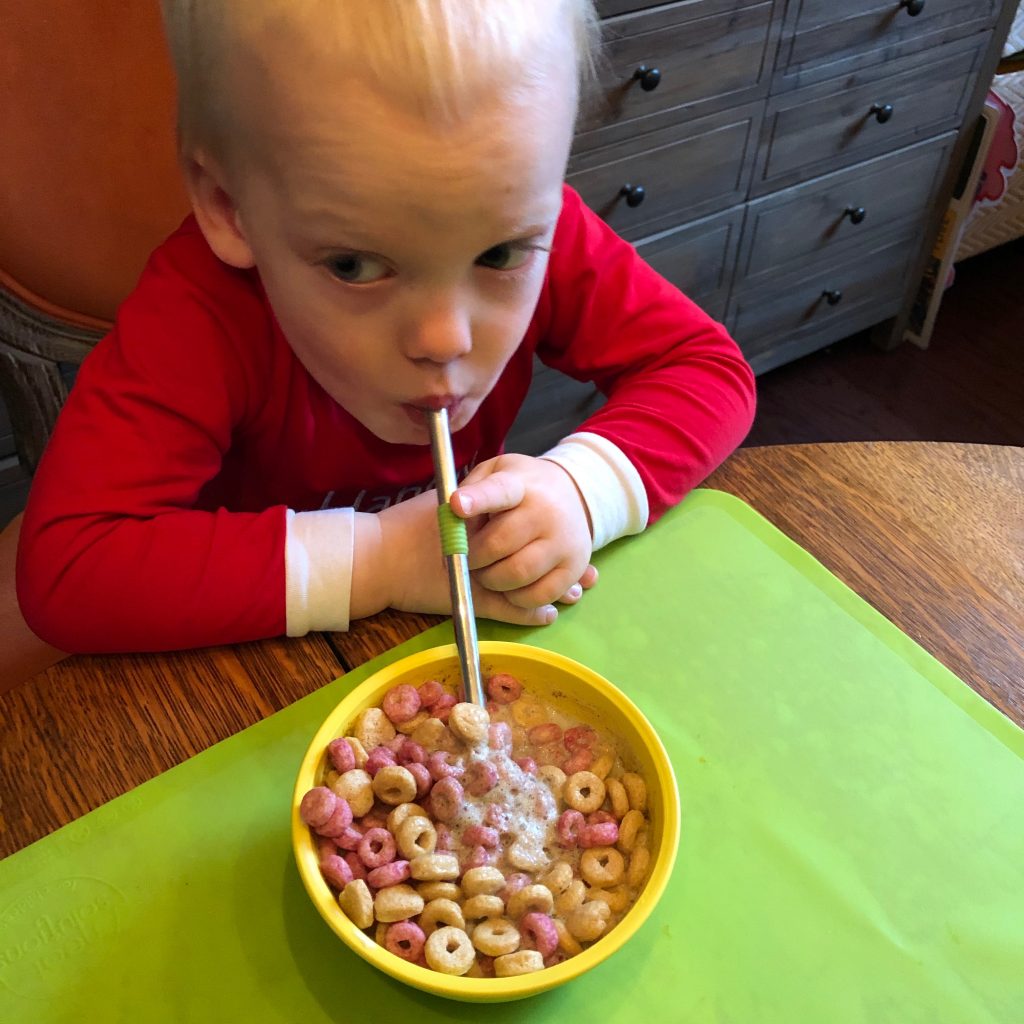 GMO’s in cereal, or any food for that matter, is not OK.

But knowing those top 10 crops isn’t enough. Many of these crops are used as processed ingredients in food products that you will find in packaged foods but many times under another name. For example, see below other recognizable ingredients containing these genetically modified crops.

Remember these ingredients, as they signify genetically modified:

Knowing that information, picking up a box of cereal or any packaged food for that matter should now be clear that it’s a genetically modified product. Where things get tricky is how food companies are masters at marketing, and more focused on highlighting words and phrases on their packages that will make you think their product is healthy when it indeed may not be. And they can get away with this because there are no laws when it comes to labeling, at least not yet.

I’m going to geek out for a second.

GMOs are estimated to be in the majority of our food, somewhere between 75% and 80%. In 2016, former President Obama signed bill S. 764 that puts into place a federal standard for foods that have been made with genetically modified organisms. Two weeks prior to that signing Congress passed legislation to necessitate labeling on all food packages that indicates whether or not they contain GMO ingredients. Labeling packages would provide consumers to have access to information about their food – it’s something that would be helpful and clear when choosing food products. But the label requirements have still yet to take full effect, and many American companies say that it’s too expensive to add GMO labeling to their packaging (meanwhile over 64 countries have required and carried out labeling).  The responsibility falls on the Department of Agriculture, who need to write up the rules. There are already rumors that the proposed rule will instruct foodmakers to use the term “bioengineered” (term used by Congress) to label such food instead of “genetically modified,” which obviously is a more recognizable phrase. Other rumors are that the USDA may exempt products containing ingredients from mixed sources that were less than 5% genetically modified by weight. So technically, they’d still be modified.

CHILL…there are things you can do to avoid GMOs.

I realize that this conversation is overwhelming, and can seem hopeless. But there are things you can do to do your best to avoid GMOs in your food.

Do the best that you can, where you can when it comes to avoiding GMOs. It’s all we can do!