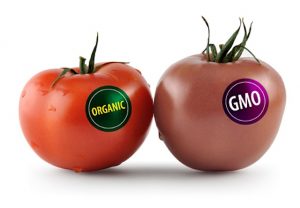 GMOs (or “genetically modified organisms”) are organisms that have been created through the gene-splicing techniques of biotechnology (also called genetic engineering, or GE). This relatively new science allows DNA from one species to be injected into another species in a laboratory, creating combinations of plant, animal, bacteria, and viral genes that do not occur in nature or through traditional crossbreeding methods.
WHY are GMOs dangerous?
In 2009, the American Academy of Environmental Medicine (AAEM) stated that, “Several animal studies indicate serious health risks associated with genetically modified (GM) food,” including infertility, immune problems, accelerated aging, faulty insulin regulation, and changes in major organs and the gastrointestinal system. The AAEM has asked physicians to advise all patients to avoid GM foods.
The genetic engineering process creates massive collateral damage, causing mutations in hundreds or thousands of locations throughout the plant’s DNA. Natural genes can be deleted or permanently turned on or off, and hundreds may change their behavior. Even the inserted gene can be damaged or rearranged, and may create proteins that can trigger allergies or promote disease.
GMOs have been associated with health risks including allergies, infertility, immune problems, accelerated aging, changes in major organs and gastrointestinal system.  They increase antibiotic resistance and the genese from GM foods invade our digestive tract and breed there.
How common are GMOs?
According to the USDA, in 2009, 93% of soy, 93% of cotton, and 86% of corn grown in the U.S. were GMO. It is estimated that over 90% of canola grown is GMO, and there are also commercially produced GM varieties of sugar beets, squash and Hawaiian Papaya. As a result, it is estimated that GMOs are now present in more than 80% of packaged products in the average U.S. or Canadian grocery store.
What crops contain GMOs?
There are eight GM food crops. The five major varieties—soy, corn, canola, cotton, and sugar beets—have bacterial genes inserted, which allow the plants to survive an otherwise deadly dose of weed killer. Farmers use considerably more herbicides on these GM crops and so the food has higher herbicide residues. About 68% of GM crops are herbicide tolerant.
The second GM trait is a built-in pesticide, found in GM corn and cotton. A gene from the soil bacterium called Bt (for Bacillus thuringiensis) is inserted into the plant’s DNA, where it secretes the insect-killing Bt-toxin in every cell. About 19% of GM crops produce their own pesticide. Another 13% produce a pesticide and are herbicide tolerant.
There is also Hawaiian papaya and a small amount of zucchini and yellow crookneck squash, which are engineered to resist a plant virus.
Code for GM produce:
Genetically modified produce have five digit PLU numbers that begin with an 8. Example: a GM Granny Smith Apple will have a PLU of 84017.  Beware: That lovely green Granny Smith apple is a Frankenfood!
Information adapted from the Institute for Responsible Technology
What YOU can do:
1. Buy certified organic foods.  They are our single best bet for avoiding GMO ingredients, synthetic pesticides, chemical fertilizers, antibiotics and hormones.
2. Be a label detective.  Read ingredient labels and vote with your food dollars.  Reject products likely to contain GMOs, such as dextrose, corn starch, corn syrup or corn sugar, soy lecithin, canola and cottonseed oils, and sugar from sugar beets. Dairy products may come from cows injected wtih GM bovine growth hormone. Look for labels stating No rBGH or rBST.  Some foods carry a Non GMO seal.  Buy Products Listed in the Non-GMO Shopping Guide. Check out the downloadable guide here. They even have an app for your phone/iPod!
3. Avoid certain ingredients.  Avoid at risk ingredients such as corn, soybeans, canola, cottonseed, sugar beets, Hawaiian papaya and small amount of zucchini and yellow crookneck squash, etc.
4. Be active. Call or write the President, your state representatives and food manufacturers.  Voice opposition to GMO crops and demand GMO-food labeling.
5. Stay conscious, yet calm.  Do the best that you can to avoid GM foods, but try not to stress so hard.  Worrying will NOT help the problem.  Vote with your dollar and avoid GM foods whenever you can for the health of yourself and your family.  Download free materials such as the Non-GMO Shopping Guide or the Center for Food Safety’s True Food Shopper’s Guide.  There are plenty of helpful resources, downloads and apps out there to help you stay informed and safe!
Great websites to stay informed:
Non-GMO Shopping Guide
Institute for Responsible Technology
Center for Food Safety
Check out the GMO documentary by Jeffrey M. Smith:  Genetic Roulette
Monday, October 3rd, 2016
By Lauren
Posted in: Health