Quite a few of my friends, family and colleagues are pregnant, and a few have asked about what teas they can enjoy safely. Here is a bit of information for them below, with a simple and delicious DIY recipe below that’s good enough for even us folks who don’t have a bun in the oven!
It is widely known that caffeine and alcohol should be avoided while pregnant to minimize the risk of birth defects. What is not as widely known is that many herbal teas can be detrimental to a pregnancy as well, especially if consumed in excess. Technically, herbs are forms of drugs which can be as potent as certain medications. Unfortunately, not enough studies have been conducted to examine the full effects of certain herbs on the unborn baby. It is important to keep in mind that even the teas that are presumed safe for consumption during pregnancy should not be consumed in excess. One to three cups a day should suffice.
Herbal Teas Considered Safe During Pregnancy 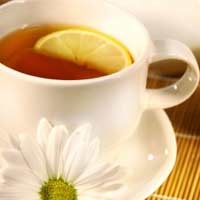 The following list of herbs are considered to be safe to drink while pregnant:
ginger
lime
thyme
barley
peppermint
Herbal Teas Considered Unsafe During Pregnancy
Certain herbs can potentially stimulate the uterus and unintentionally induce miscarriage or labor if consumed in large amounts. These include:
chamomile
ephedra
licorice root
raspberry leaf
anise
sage
kava
rosemary
hibiscus
lemongrass
sassafras
nettle leaf
fennel
Raspberry leaf tea has been suggested to help strengthen the uterus in preparation for labor and delivery. Although this hasn’t been scientifically proven, raspberry leaf tea can be consumed near the end of the pregnancy (after 38 weeks). Talk more about it with your Doctor.
*It is important to note that most of the herbs above can still be eaten to spice up foods. These herbs are much more concentrated in teas, making them more potent and dangerous in this form.
“Pregnancy Teas”
The makers of pregnancy teas market their products as an aid for those who are pregnant. It is important to note that these teas are not necessarily clinically proven to be safe to the unborn baby when consumed in large amounts. Although many of the pregnancy teas sold in health food stores usually all contain ingredients which may be safe, it is still wise to double check the ingredients listed on the box.
Skip Green Tea
There is some form of debate regarding the safety of green tea consumption during pregnancy. Some evidence suggests that green tea may actually decrease folic acid absorption. Folic acid is essential during pregnancy to help prevent neural tube birth defects in the baby. It might be a good idea to avoid green teas during pregnancy just in case, or at the very least, consume very little of it.
Do It Yourself Ginger Tea
It’s best to consider making your own concoction for tea while pregnant. Add honey, fruit juices, lemon rinds, cinnamon, or cloves to boiled water. (Never make a tea from any plant unless you’re 100 percent sure what it is and that you can safely take it while you’re pregnant.) Not only will ginger tea help reduce nausea, it will also keep you hydrated! You may wish to add a little lemon or honey to the tea — many women find lemon also helps to reduce nausea, and the honey can improve the taste and may also soothe your stomach. As with anything while you’re pregnant, it is advised that you consult a medical professional before taking ginger to ease the nausea and vomiting related to pregnancy.
Cinnamon-Ginger Tea
Put a few cups of filtered water in a pot on the stove. Depending on how spicy you like your tea, take either 1-2 inches of ginger root and peel the skin. Either slice or grate the ginger, and add it to water. Bring water to a boil. Once it boils, turn off heat but cover and let steep for 5-10 minutes. Add a dash of cinnamon to the pot. Drink as is or feel free to add dollop of honey or squirt of lemon to your liking. Relax and enjoy-
Monday, January 3rd, 2011
By Lauren
Posted in: Health, Recipes